A lawn is the crown jewel of a homeowner’s yard and often a source of pride and bragging rights. An accumulation of thatch dulls that jewel-like notion, and grime causes diamonds to lose their luster. That’s when it’s time to dethatch the lawn. But how much does it cost to dethatch a lawn?

The cost of dethatching a lawn can range from a $20 dethatching blade attachment for a lawnmower to $1800 to buy a commercial-grade machine. Most people spend about $215 to have a professional lawn company dethatch their lawn, or they buy a powered dethatcher for around $150.

You may think that dethatching a lawn is going to cost you an arm and a leg, but that’s not necessarily the case. You can handle this occasional maintenance for an affordable cost. Let us show you how.

What Are The Costs of Dethatching a Lawn?

Thatch is a build-up of organic material, such as mulched leaves or grass clippings, that accumulates where the grass blades contact the dirt. Usually, this matter decomposes quickly enough to not cause a problem. However, over time, the build-up of thatch may grow faster than it can decompose. The added layer prevents your grass from getting the nutrients it needs. That’s when your lawn starts to show signs of decline, and it’s dethatch.

The cost of dethatching your lawn depends on the tool or method you choose to use:

As you can see, there are several affordable DIY options to get the job done. But for the non-DIYer, a local lawn service will probably make the most sense.

A dethatching rake is a specially designed rake with two sets of teeth: one set is straight and used for dethatching, and the other set curved for cultivating the soil. Using it requires serious manual effort, and that’s why many folks skip this inexpensive option for one of the powered choices.

Dethatching Blade for a Lawnmower

You can purchase a dethatching blade for your push mower that simply attaches to the mower like a regular blade. It’s equipped with metal springs that dig in and remove thatch and can be found in standard blade sizes.

Another option that uses equipment you already have is a tine tow. Attach this plow-like tool to a riding lawnmower and pull it around the yard to dislodge thatch and dead grass. Typical widths range from 36” to 48”.

Using a powered dethatcher is a less aggressive way to maintain a healthy lawn. An electric-powered dethatcher looks like a push mower but uses steel spring-loaded tines to loosen and remove the thatch. They work best on thatch build-up of less than a half-inch, making them a great choice for routine maintenance.

If your lawn has a serious thatch problem, a power rake is the answer. More aggressive than a dethatcher, it is designed to dig two to four times more thatch out of the grass. It’s the best choice for thatch thicknesses of more than a half-inch or when the lawn hasn’t been dethatched in years.

Power rakes are most commonly found in commercial and industrial settings. Because they are heavy-duty in nature and dethatching usually doesn’t need to be done, it is not a typical choice for residential plots, but every few years, most people prefer to rent one as needed rather than spend the money to buy one.

Note: If you choose to use a power rake, be prepared for it to physically wear you out. It’s an extremely strenuous and tiring activity, no matter how big or small the yard.

If your thatch build-up isn’t too much and you’d rather not deal with all the mechanical equipment, a liquid dethatcher may work. It’s a soil amendment that breaks down the collection of organic matter and lets necessary sun, water, and nutrients reach the grass.

A scarifier is similar to a regular dethatcher, except it has rotating vertical steel blades that dig deep into the soil to cut and lift out the thatch. It also lifts out a lot of grass as it cuts. Most residential scarifiers come with both vertical blades and lighter tines.

Dethatching is one of many services provided by most lawn care companies. The cost of the service varies depending on where you live and the size of the yard.

According to HomeAdvisor, a lawn dethatching service will cost about $215 for a medium-sized yard, but prices can range from $100 for smaller lawns to $700 for huge grass areas. Most people pay between $180 and $250.

Dethatching is necessary every few years to have a luxurious lawn, but getting it done doesn’t have to break the bank. Whether you invest in your own dethatcher or simply call in a professional, spend the money and the time to keep your grass greener on all sides.

It can be really tempting to simply throw your grass seed over the top of the ground and hope for the best, but this might not be the best way to approach the situation. If you are looking for the best results, a little bit of preparation often goes a long way. In this article… 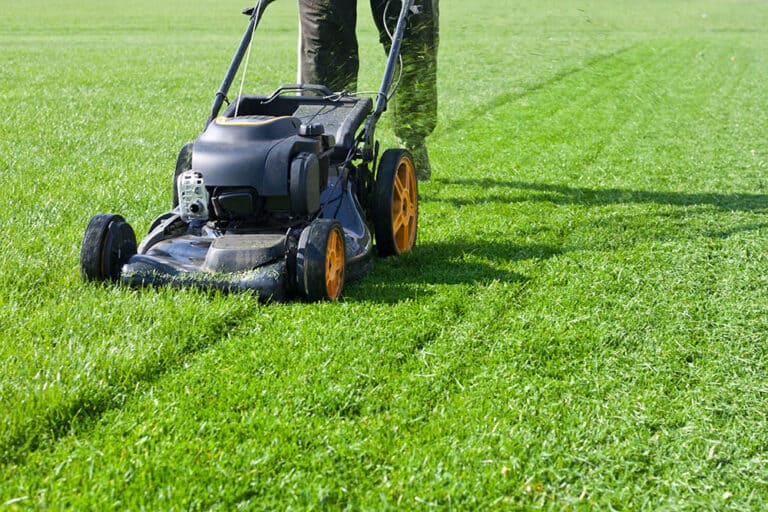 Overseeding your lawn is an essential part of annual lawn maintenance, allowing you to infill any damaged or bare patches of grass on your lawn.  However, if you’re new to gardening you might be wondering: How long after overseeding can I mow? In this article, I will cover some key information about overseeding, including how… 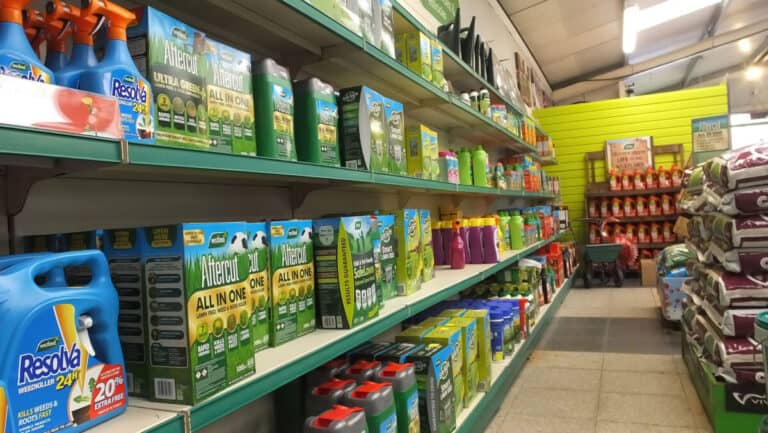 It’s important to choose a good weed killer, we have reviewed the best lawn weed killers for a variety of situations and preferences. Weed killers have come along way over the past 30 years, they are now very sophisticated and are designed to only kill specific weed families, more importantly, they are a lot safer… 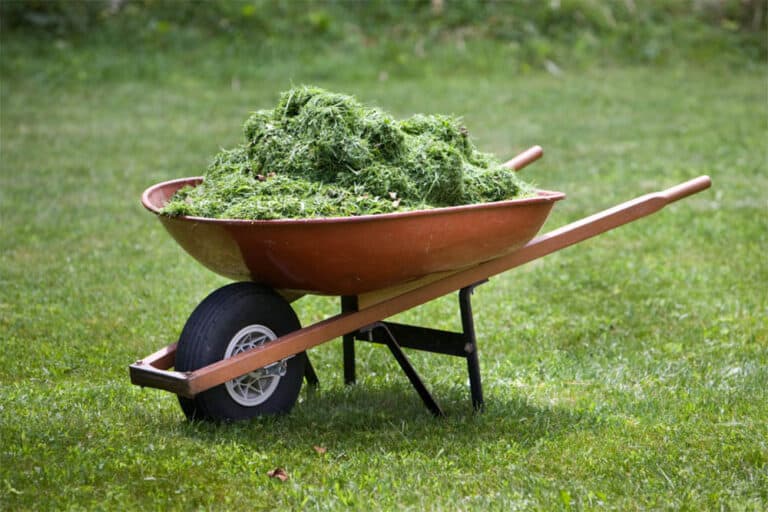 Having a lawn means that in the summer months you will have a lot of grass clipping. Grass clipping can be used to ad nutrients back into your lawn but i’m oftern asked: ‘How long does it take for grass clipping to decompose‘. in this article we break it down. When it comes around to… 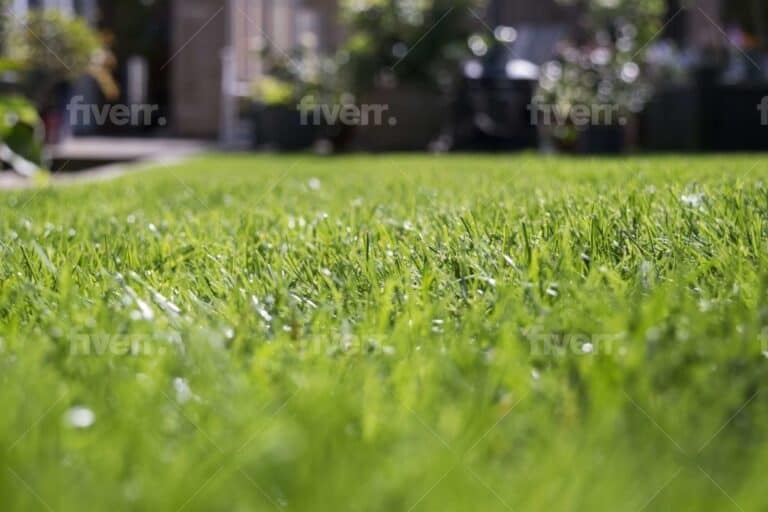 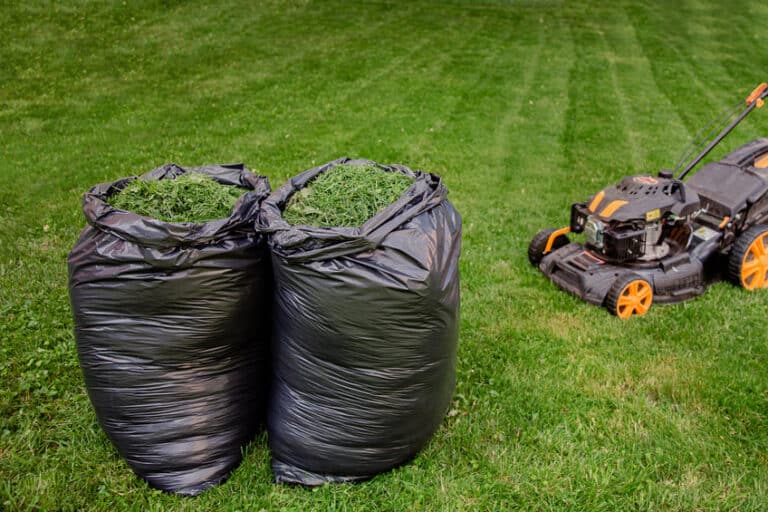 You want a beautiful lawn, and you are wondering, is it better to mulch or bag grass clippings? This article will tell you all you need to know. Mulching is typically better than bagging your grass clippings. The cut grass left on the lawn provides food and moisture. There are times you will want to…

As an Amazon Associate, I earn from qualifying purchases.

This website uses cookies to improve your experience while you navigate through the website. Out of these cookies, the cookies that are categorized as necessary are stored on your browser as they are essential for the working of basic functionalities of the website. We also use third-party cookies that help us analyze and understand how you use this website. These cookies will be stored in your browser only with your consent. You also have the option to opt-out of these cookies. But opting out of some of these cookies may have an effect on your browsing experience.
Necessary Always Enabled
Necessary cookies are absolutely essential for the website to function properly. This category only includes cookies that ensures basic functionalities and security features of the website. These cookies do not store any personal information.
Non-necessary
Any cookies that may not be particularly necessary for the website to function and is used specifically to collect user personal data via analytics, ads, other embedded contents are termed as non-necessary cookies. It is mandatory to procure user consent prior to running these cookies on your website.
SAVE & ACCEPT